Home/Garage Doors/Reasons Your Garage Door is Opening by Itself

Reasons Your Garage Door is Opening by Itself

Have you ever heard of the garage door opening by itself, or you find it open when you return from your work, but you are sure that you have closed it when leaving the house? Sounds creepy – well, no need to get scared because it could be another way around.

Automatic garage doors are commonly exposed to many hidden problems, which can be sorted quickly by identifying the cause of the malfunction. Nevertheless, it should be fixed as soon as possible as it could be a serious security issue for the family’s belongings and especially for a house where children reside.

Therefore, it’s better to check the problem by yourself first before calling the technician because it could be as simple as you never thought of.

The five most common and possible reasons for a garage door open by itself could be:

1. An Electric Short In The System

The most common reason for the garage door open itself could be because of a damaged circuit board, which helps the entire garage door to operate. It is also known as a logic board that has a circuit inside wired in a specific manner. In some cases, due to the damaged circuit, the door does not function appropriately. Therefore, a Proper Garage Door Tune-Up by a professional should be done annually to save yourself from spending hundreds of dollars on repair.

Proper soldering of loose connections should be done to overcome this problem or contact a service provider to replace the logic board with a new one.

2. Interference Of Nearby Signals

The interference of an unknown nearby signal may make the garage door open by itself. For example, families residing near radio stations or a radio towers could face this problem. Also, if your neighbor’s garage door has the same frequency as yours can cause the door to open and close unexpectedly.

Even if a police radio is used in a neighborhood can hinder the signals. In addition, electrical equipment used by the military can also match the frequency of the door, which results in malfunction.

If you think that the garage door is opening by itself because of a frequency match, you can reset the frequency or code and notice if it functions correctly.

Try looking for the spare remote anywhere in the house, as the button could be accidentally pressed by any other thing inside the drawer or wherever it is placed. For example, sometimes the garage door opens itself because of a stuck button remote repeatedly used, or the button on the wall is pressed several times in a day.

This issue can be sorted easily by taking out your remote batteries and replacing them with new ones; if still it doesn’t work, you may need a new set of the remote.

If you live in a region where weather conditions are bad, try covering the buttons against the panel with a box with zero chance of water pouring in, may it be a doorbell or a garage door opener.

5. Kids Involved In The Mischief

Sometimes mischievous little hands are the culprit behind the garage door’s strange behavior. Parents with toddlers and infants can relate to this that their kids are obsessed with buttons. It could be because they keep sticking to the button of the remote or against the wall, thinking that it is fun, but it can severely damage children’s security and safety.

Try placing the remote control from the reach of children for the sake of your sanity and the safety of the house. Also, please keep it away from the little hands because it could create a major malfunction in the system. 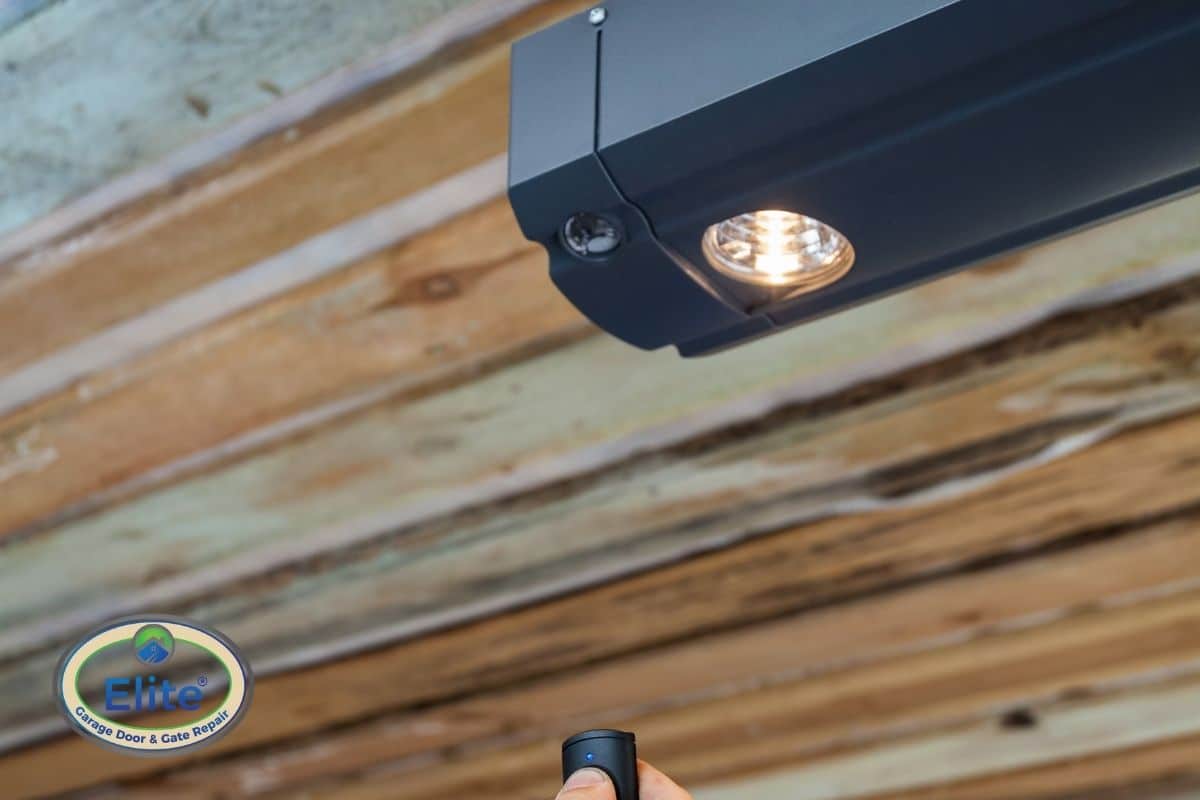 Choosing a Garage Door Opener This Is How You Do It!

After looking into every possible reason, if you’re still unable to identify the problem, then you can call the professional to get assistance if it’s not easy to fix it on your own. Numerous companies provide technicians who can be called at home to fix the strange behavior, i.e., the garage door opener itself, to ensure your protection – because security comes first.

About the Author: Ran Kroynish

Ran Kroynish - 15 Years Of Garage Door Experience - At Elite Garage & Gate, we value your business and strive to be your partner in needed services. We see great value in quality improvement, and by doing so, we spend significant effort to add value to our service. Please seek our advice at any time with any questions.